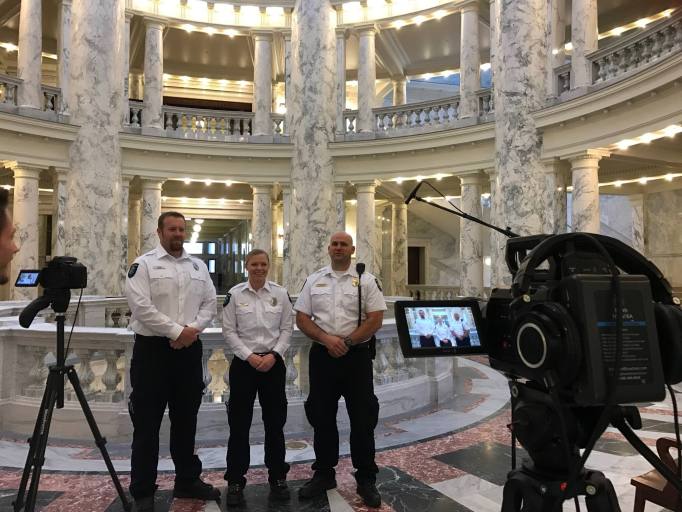 Boise, May, 2017 – Five Ada County Paramedics employees will receive the American Red Cross’ Hometown Hero Award in a ceremony at the Riverside Hotel, May 16th at 12 pm. Annelise Lane, Casey Lane, Peder Ahearn, Cody Porter and Emily Shaw will be among the recipients.

Annelise, Casey, Peder and Cody are all members of the Ada County Paramedics Tactical Medical (Tac Med) Team who responded to a November 2016 Boise Police officer shooting. They will be honored at the awards luncheon with the “Medical Hero” award for their lifesaving care of two officers, including Corporal Kevin Holtry, who were wounded while searching for a dangerous subject. Ada County Paramedics Administrative Assistant, Emily Shaw, will receive the “Everyday Citizen Hero” award for donating her kidney to a man she’d only met one time.

In the “Medical Hero Award” nomination letter received by The American Red Cross, the nominator wrote, “Ada County Paramedics has a team of trained medical professionals who respond when local Police SWAT teams are dispatched. This team, called Ada County Paramedics Tactical Medical Team is essentially the medical side of the SWAT team that provides in-field medical care in dangerous situations. The TacMed Team rarely receives accolades for their work although they routinely train for and opt into circumstances that potentially put their lives on the line.”

“We did our jobs that day and that’s all. But I’m proud of how well my team worked together,” Lane said. “Ada County Paramedics has amazing paramedics who do amazing things for their patients every day—so for my team to get a thank you like this is humbling, surprising and I feel very grateful.”

In a blog written by Shaw, posted to the Ada County Paramedics website, she said donating her kidney was a “snap decision.”

“The decision to donate my left kidney came in a matter of 12 seconds,” Shaw said, adding that she asked a friend how her father was doing and after hearing he wasn’t well, she offered up her organ.

“I had met him once briefly, but even if I hadn’t, I still would have volunteered my kidney,” Shaw wrote.

When asked about winning the award and being regarded as a “hero,” Shaw said everyone has something inside of him or herself to share.

“Sometimes that is love, sometimes kindness, sometimes it is a tangible gift… for me, being an Everyday Hero is synonymous with being a member of the human race. No act of kindness or compassion is greater than any other act, but I am thankful that through my choice, I am able to bring attention to just how many people in the country are waiting for an organ to be donated, so they can pay it forward too.”

In Emily Shaw’s nomination letter received by The American Red cross, the nominator wrote, “the organization is incredibly lucky to have her as a colleague, friend and confidant.” The letter went on to read, “while this probably isn’t your standard ‘Hometown Hero’ story, it is a testament of the amazing people who are employed by Ada County Paramedics.” 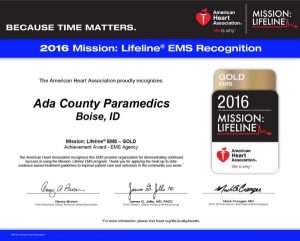 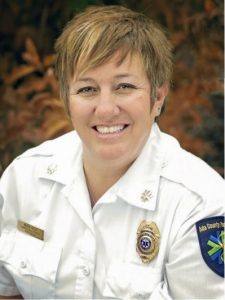