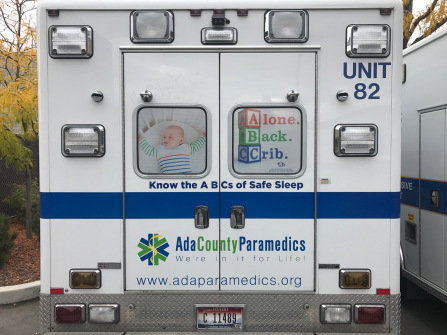 Ada County Paramedics Battalion Chief, Bart Buckendorf, who proposed the campaign in partnership with the Idaho Department of Health and Welfare, said it was his thirty-year tenure as a paramedic that prompted his push for ABC education—a simple acronym that stands for the child sleeping Alone, on their Back in a Crib.

“When we get a 911 call from dispatch about a child not breathing. That’s the worse call we can get. That’s the call that we fear,” Buckendorf said. “We hope we can have a positive outcome with the child but too often that doesn’t happen. Anytime you respond to a child, as a paramedic, it’s difficult. It changes you.”

According to Ada County Paramedics call 911 call volume records, there were 15 infant sleep-related deaths since 2010. That’s over two infant deaths each year that could have been prevented with ABC Safe Sleep education.

The American Academy of Pediatrics (AAP) defines SIDS as a form of infant death that cannot be explained, while SUID can be attributed to suffocation, asphyxia, entrapment, and various other disease or traumas. The AAP says these risks can be reduced by placing babies to sleep on their back on a firm surface, avoiding bed sharing with parents and keeping things like blankets, pillows and stuffed animals out of cribs.

Buckendorf said Ada County Paramedics hopes to educate parents and families that there are ways to keep babies safer during sleep. The paramedic organization recorded a public service announcement that’s aired for the entire month of October. Additionally, employees of Ada County Paramedics pooled funds from their own paychecks to equip three ambulances in their fleet with the ABC of Safe Infant Sleep messaging.

“Placing a baby alone, on their back, in a crib can help ensure a baby doesn’t overheat, suffocate or become trapped under bedding,” Mayes, who has a 7-month-old, said. “Being a new parent is hard, and attempting to sleep train a child to use their crib can be exhausting. But the alternative could be devastating.”

“Losing a child is a horrific travesty,” Mayes said. “Ada County Paramedics wants to encourage anyone who cares for children learns and practices the ABCs of Safe Infant Sleep. It could very well save a life.” 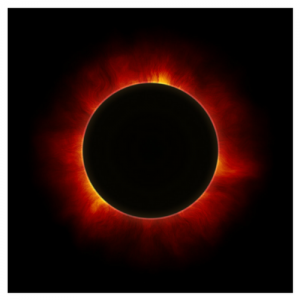